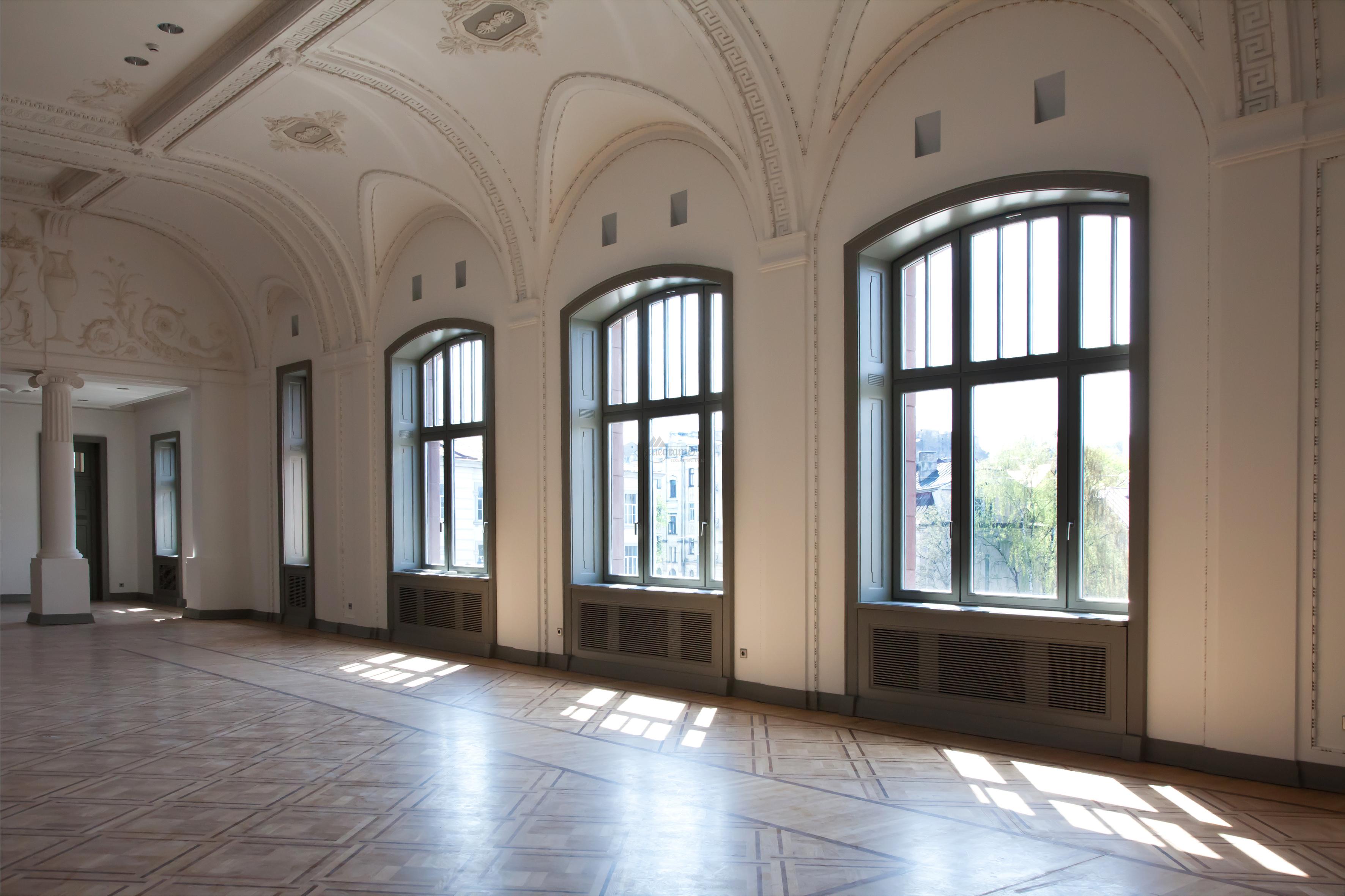 Posted at 09:57h in Projects by admin

Historical Merchants’ Club has reborn in Vilnius (Lithuania) and today it is a modern business centre that has preserved its century-old traditions. Just like a century ago, one can enjoy the views of Vilnius that open through the windows  dating back to the times of the city’s earlier prosperity. 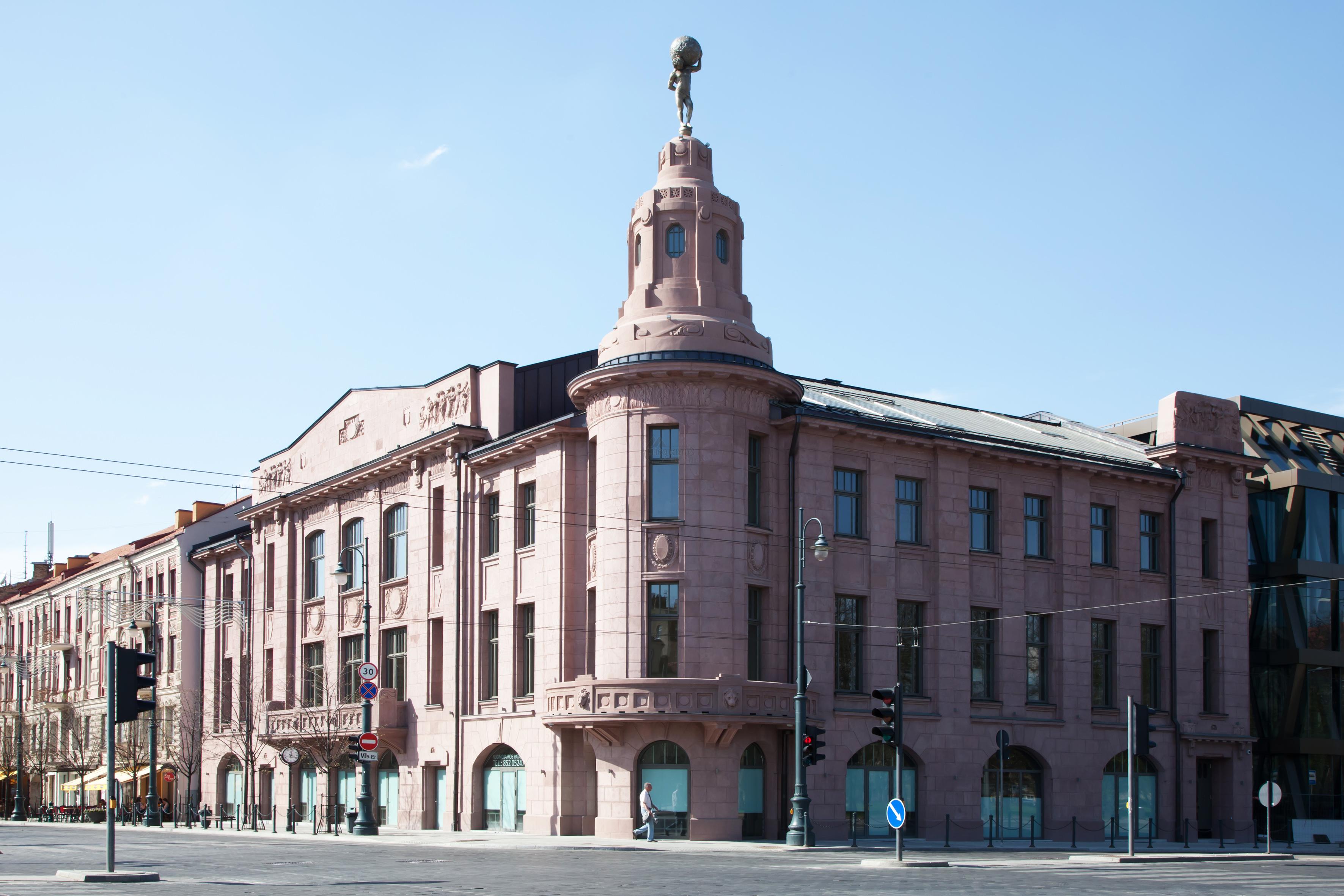 The house was constructed in 1913 by the Public Assembly of Commerce and Industry, or the so-called Merchants’ Club, then a public organization with the richest and most prominent residents of Vilnius as members. Back then it was a very original and luxurious building, one that represented the latest technologies. The Merchants’ Club building housed shops, accommodated offices, a library, a bar and a canteen, meeting, concert, cinema halls and ballrooms.
In 1933 the building of the Merchants’ Club has been reorganized into modern hospital.
In 1947 Soviet Government has nationalized the building and has settled the Executive Committee of Vilnius. 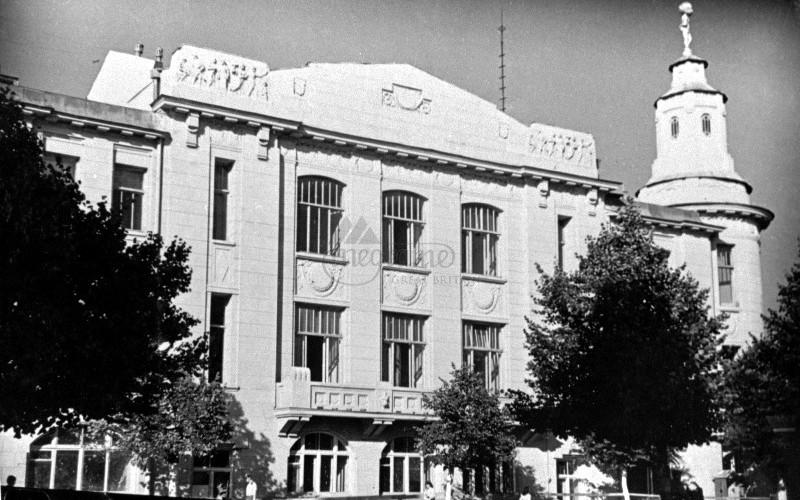 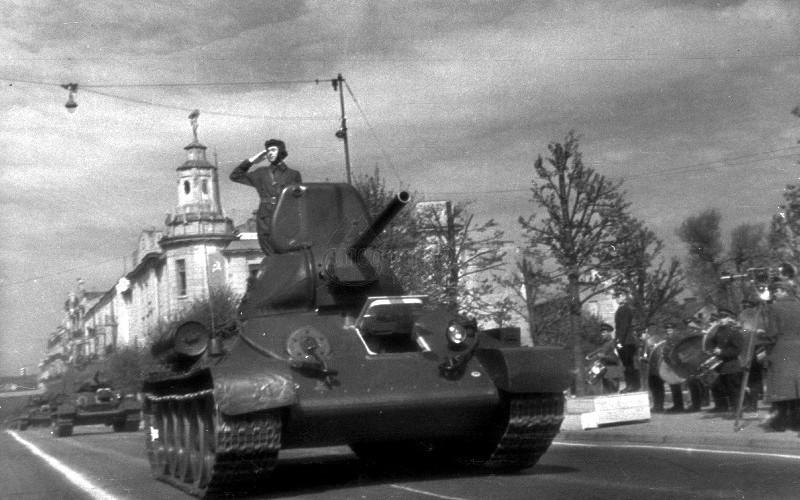 During all these years with the changing owners and purpose of the building the architectural heritage has been vastly destroyed. Therefore, while restoring the authentic Merchants’ Club building, the efforts were made to preserve as much of the heritage of the past as possible. 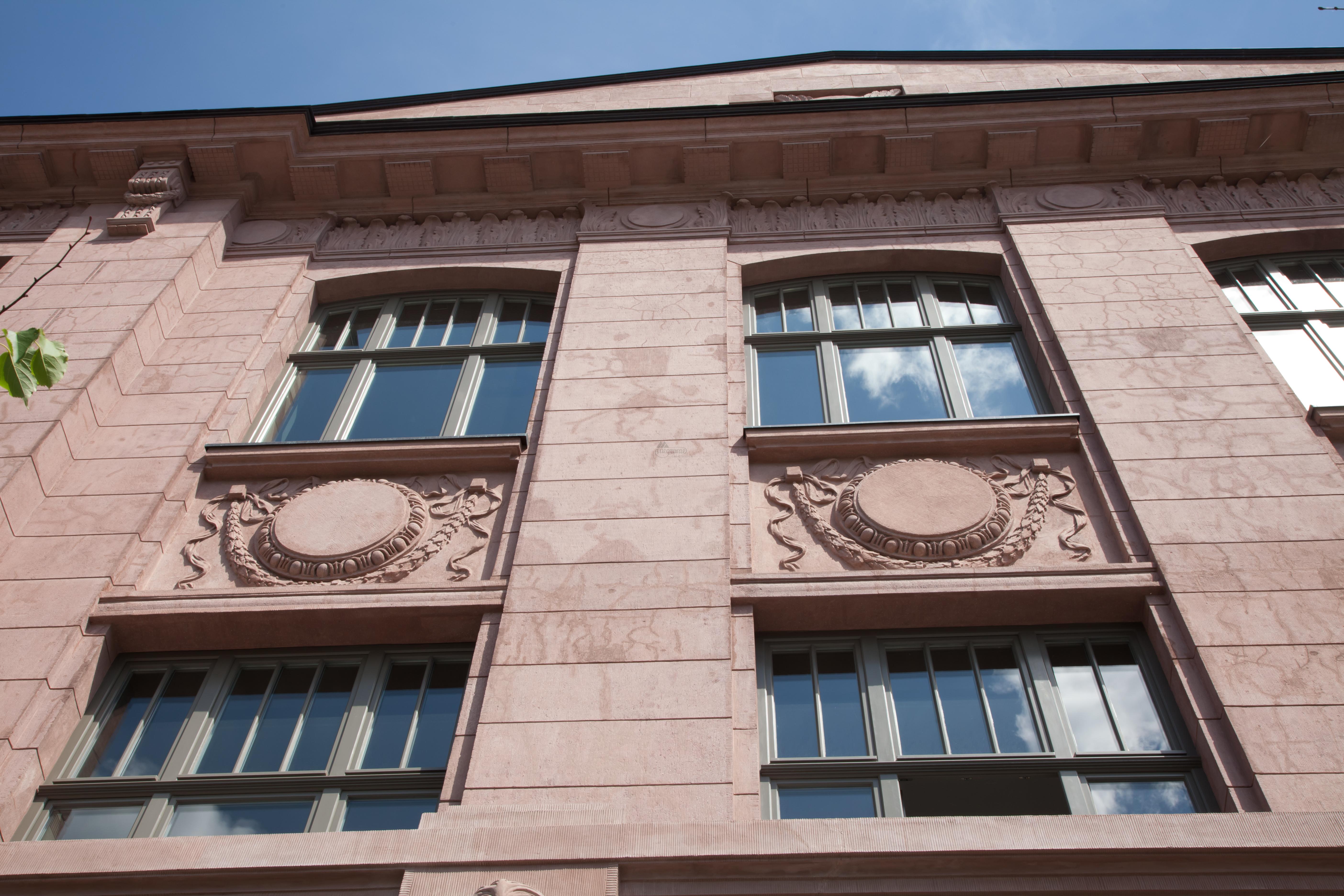 By choosing Megrame windows architects of the historical Merchants’ Club have preserved the harmony of classics and modernity. To restore the authentic look of façade of the building, special old town profile windows with timber drip-rails and ornamental elements have been manufactured. All windows were equipped with special design handles and hidden window hinges. The system of the windows is Euro 78 fixed pine , double glazed with safety and noise reduction glass. It allows the reduction of noise coming off the busy street outside and distinguishes in good energy efficiency characteristics. 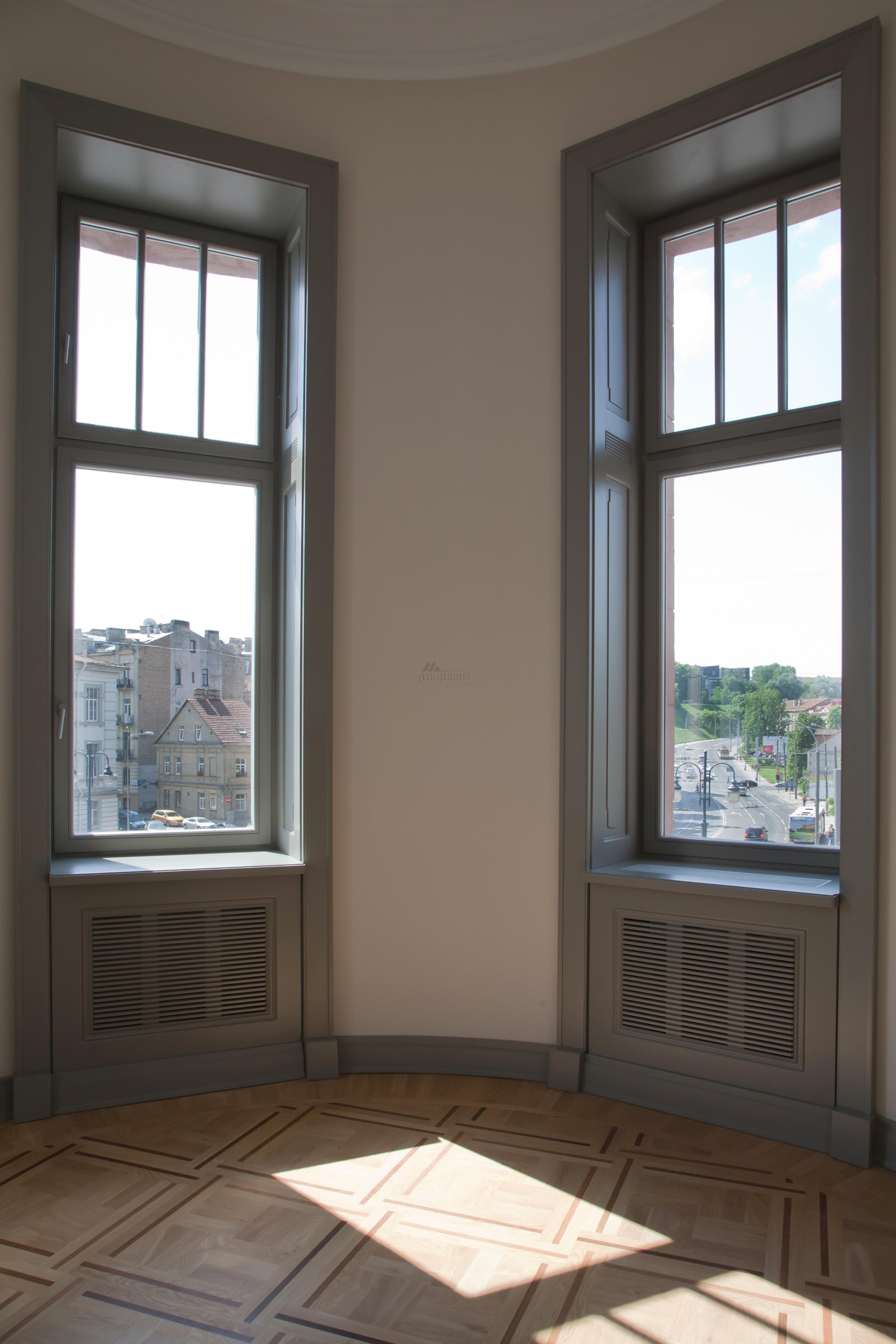 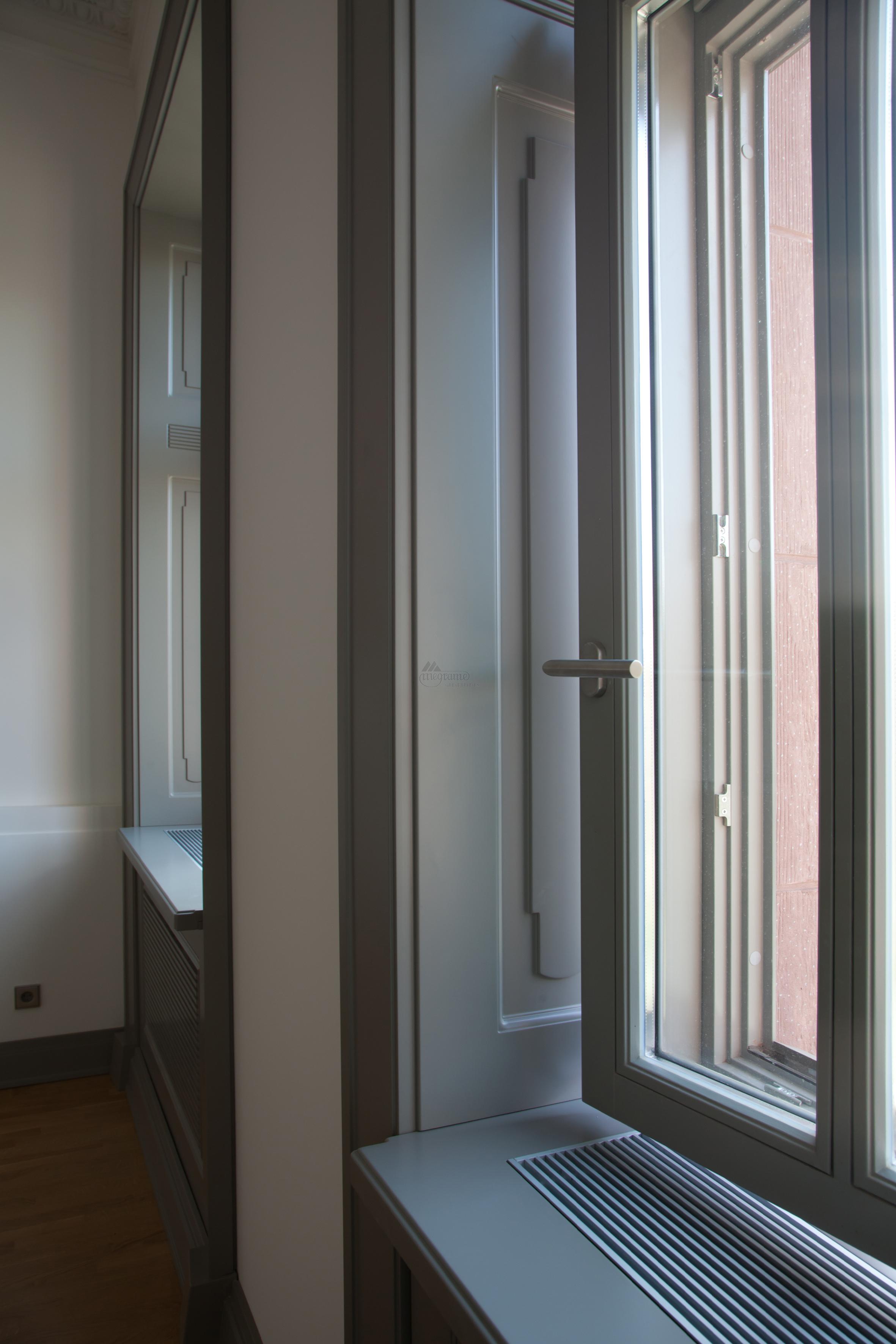 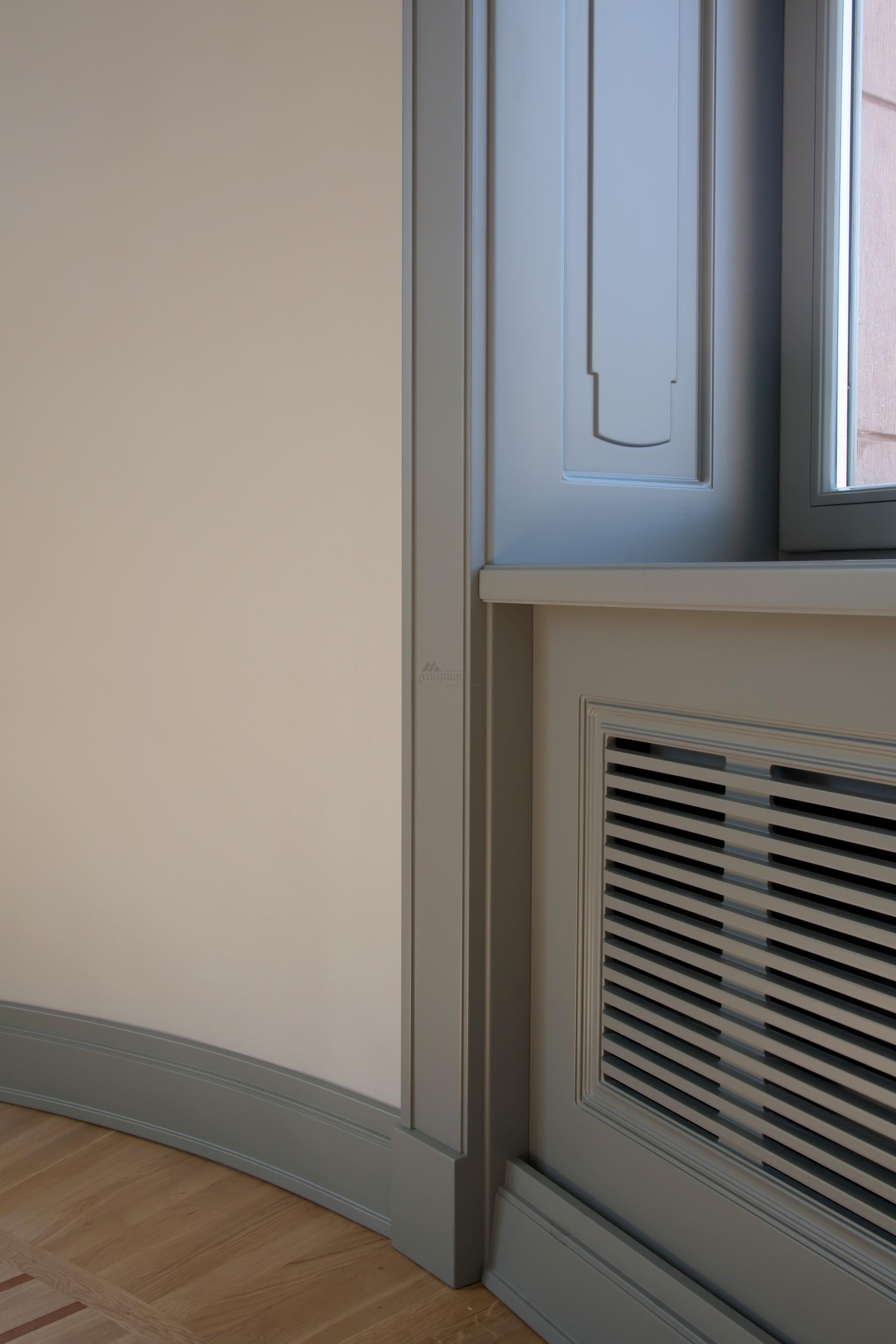 Architects have chosen our exclusive line of interior doors “Alba”, which is breathing of classical harmony, luxurious and artistic accent of the interior. “Alba” door is also distinguished for its soundproof characteristics, exceptionally strong construction and resistance to environmental impact. 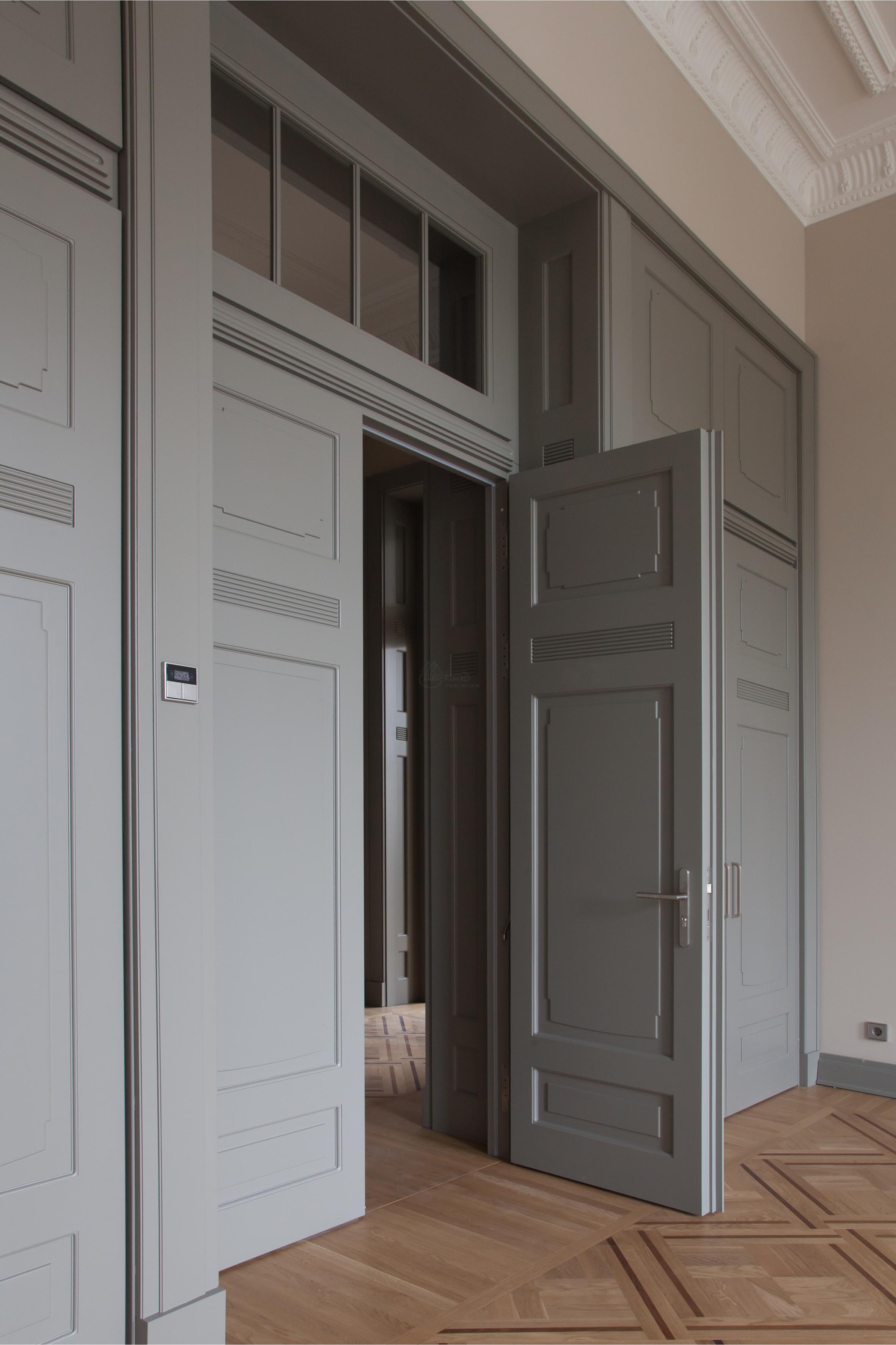 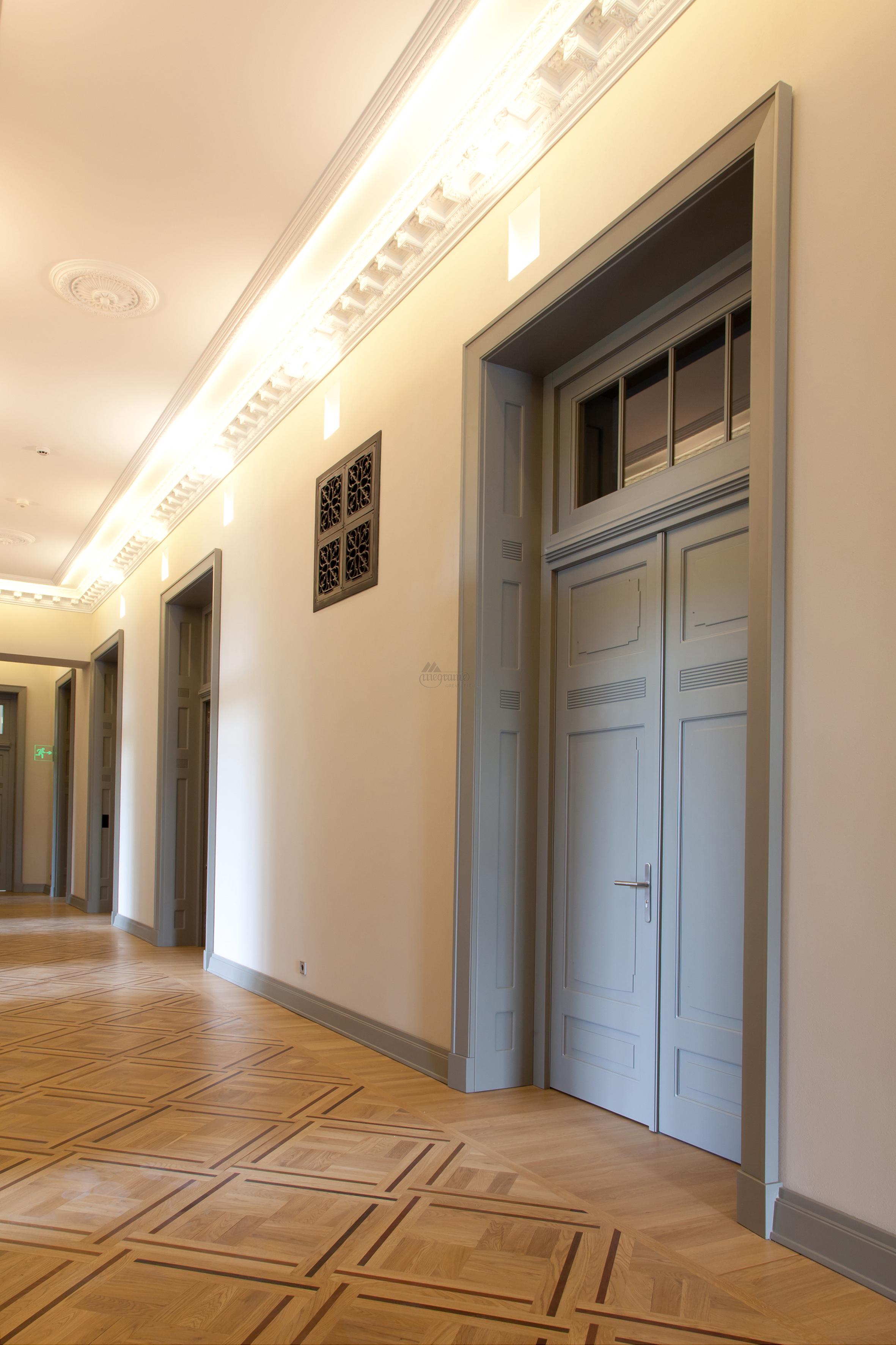 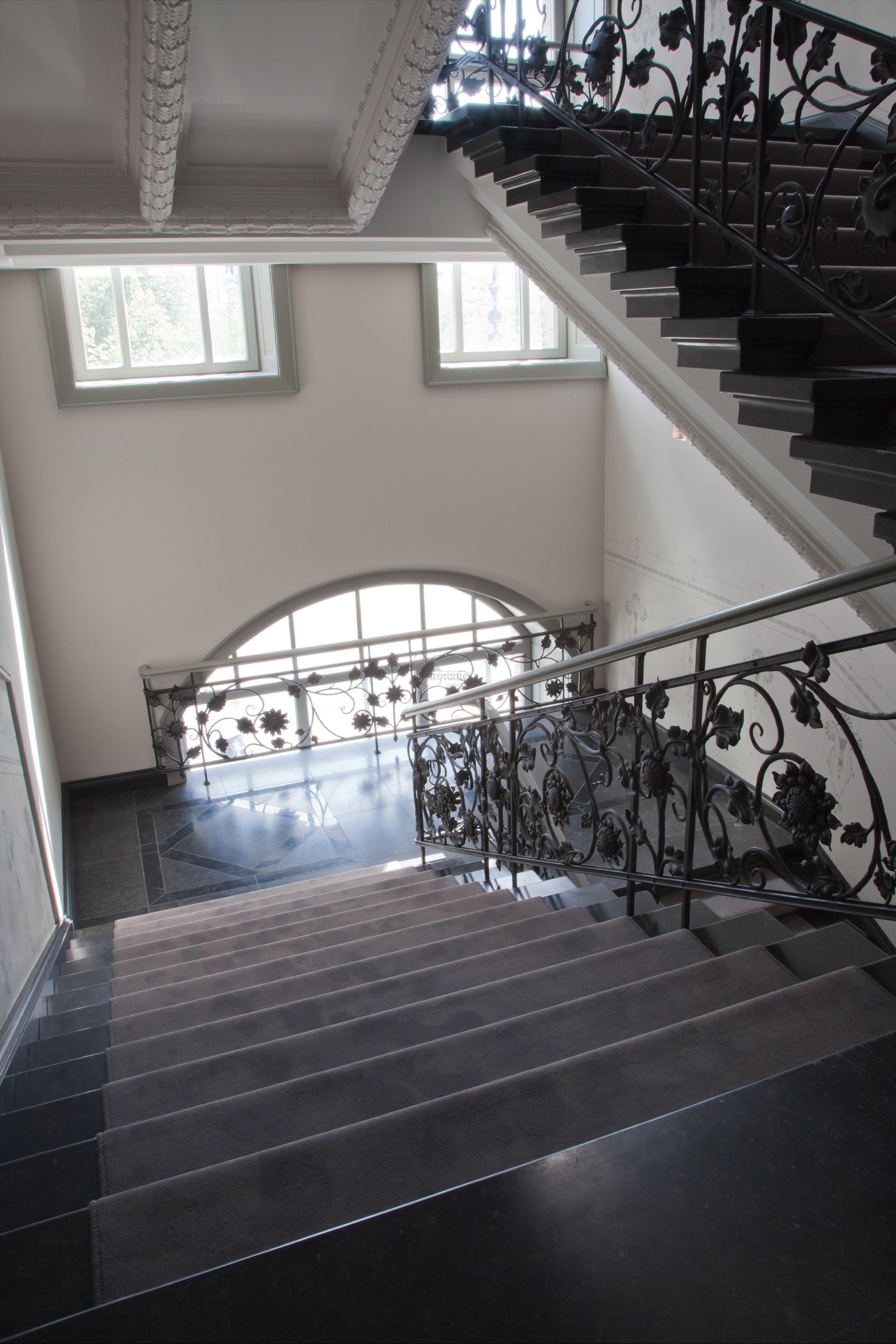 We have used only natural, durable and long-lasting materials of the highest quality to be a part of this historical event. 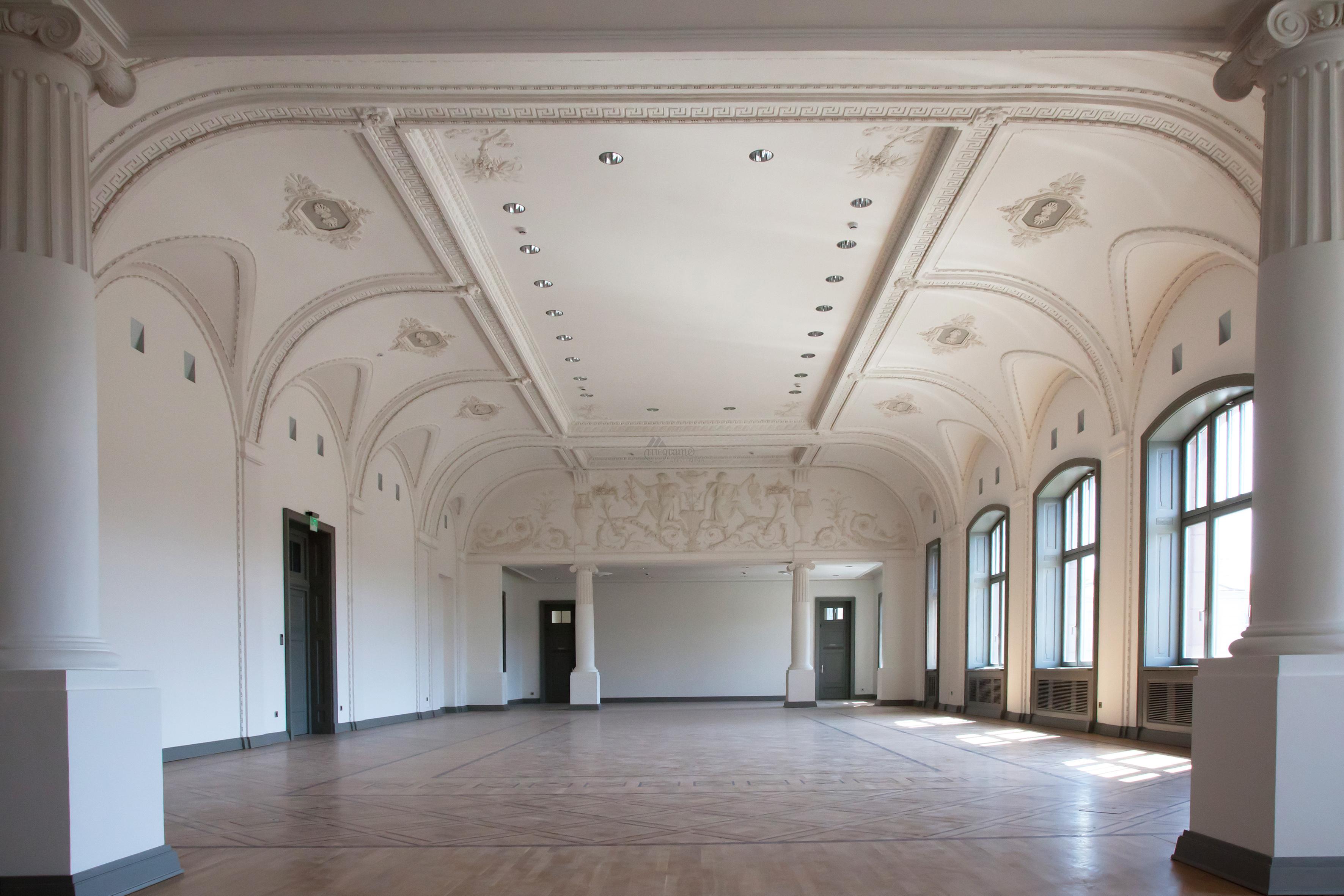 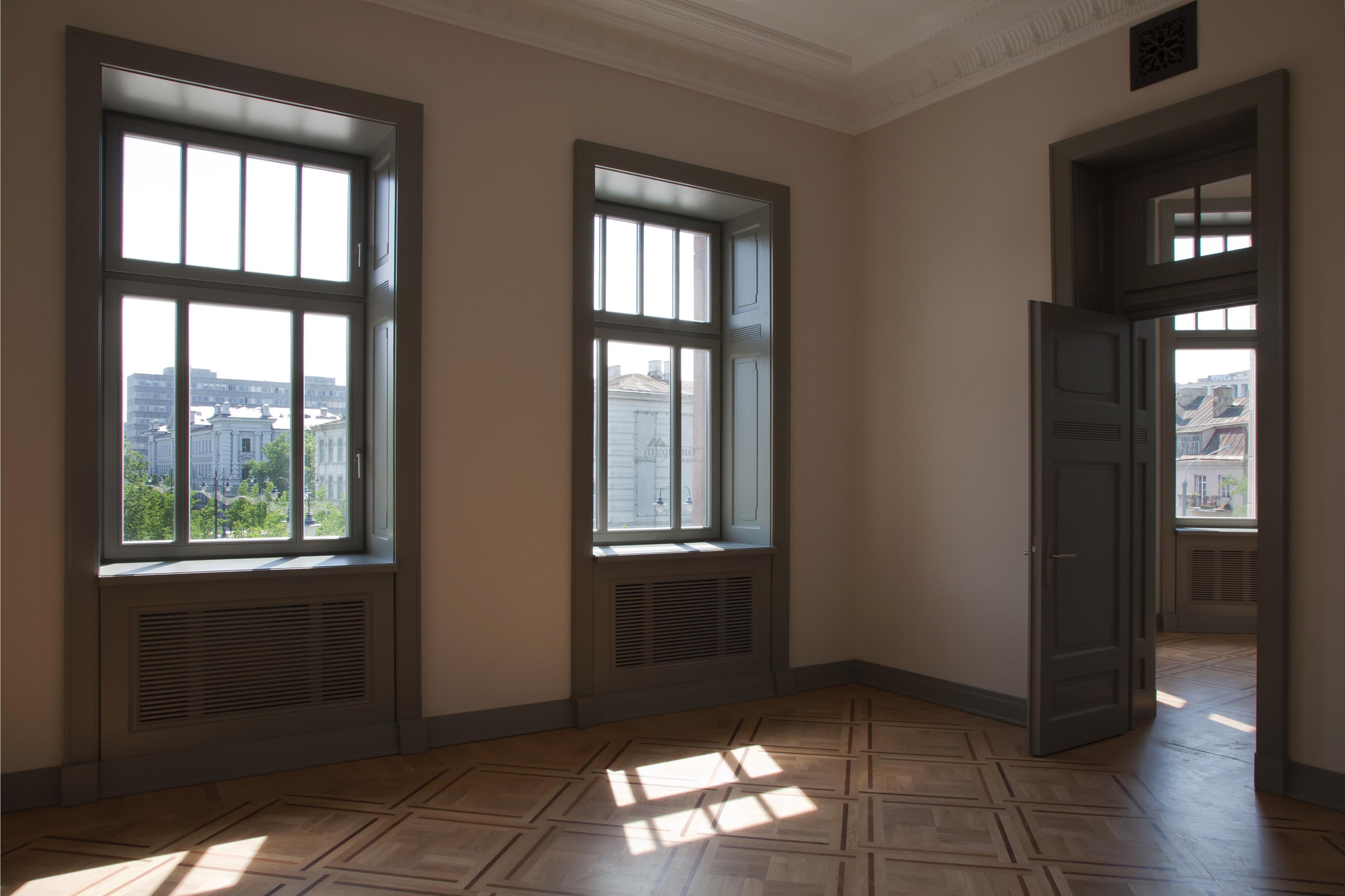