Posted at 11:39h in Company news, Projects by admin

The Defence and National Rehabilitation Centre (DNRC) is the brainchild of the late 6th Duke of Westminster.  The concept originated in the Duke’s desire to create a 21st century successor to the Defence rehabilitation facility at Headley Court in Surrey and, on the same site, a National facility to treat civilians with major trauma injuries.

The Defence facility (now named ‘DMRC Stanford Hall’) was completed in 2018 and was funded entirely by charitable donations.  It is now operational by the Ministry of Defence as the UK’s leading facility for trauma rehabilitation of those in the armed forces.

DMRC Stanford Hall is one of the largest groups of classical built buildings within the UK. The development consists of multiple elegant courtyards and external garden spaces that link the various buildings together according to their functions.

Symmetry, harmony and balance were the guiding principles for this project.

MEGRAME Internationalmanufactured and our UK partner Marvin Architectural Ltd. supplied and installed over 1000 bespoke wood windows and doors to this prestigious UK commercial project. This project demanded custom window schedules and architectural drawings for each individual building which was delivered by Marvin’s in-house architectural department.

John Simpson Architects details that the facilities draw inspiration from the “arcadian tranquility of the 18th century Stanford Hall Estate and park” and are designed to “create the right environment to help in the successful rehabilitation of patients.”

The fenestration is the major identity of any building and required careful detailing to satisfy both the architect’s traditional motif and military performance criteria. Megrame International  assisted Marvin Architectural team which worked closely with all parties involved to meet all the necessary design and performance requirements. 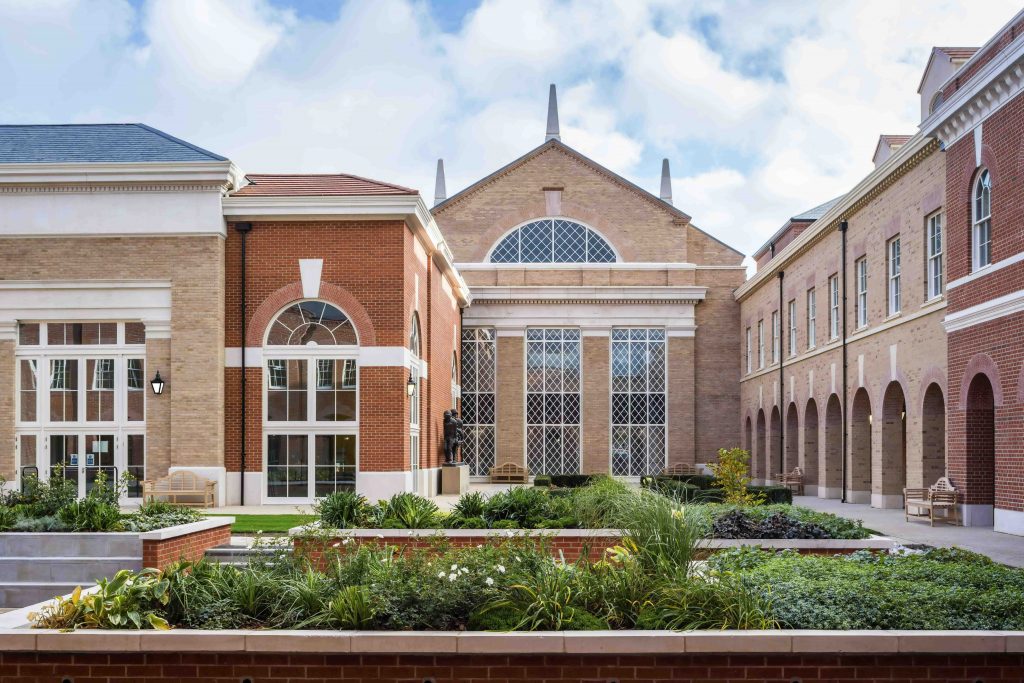 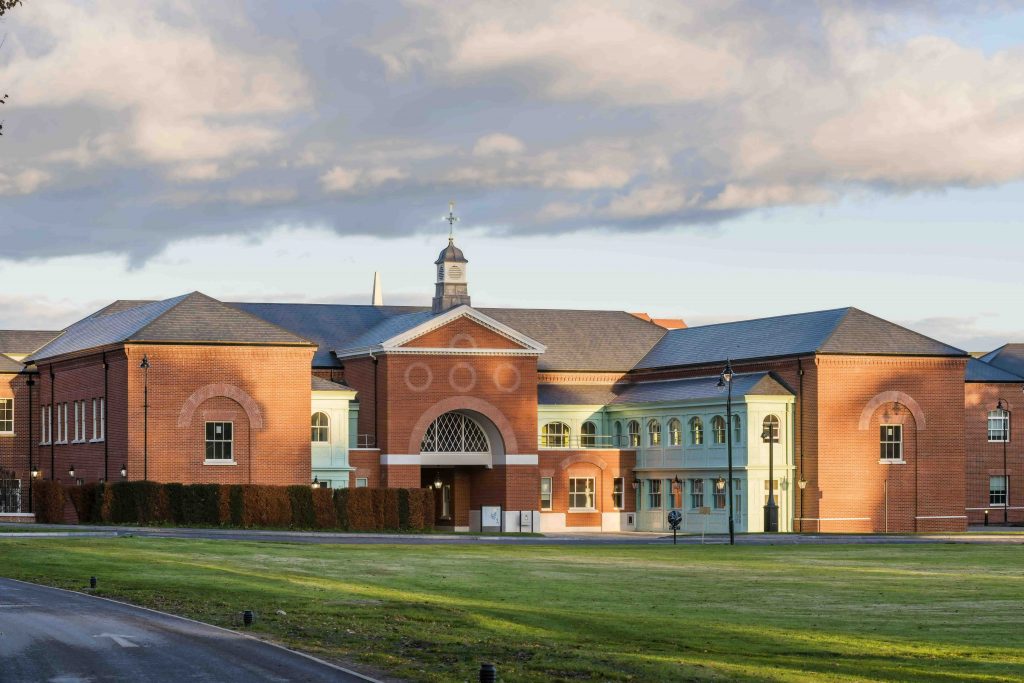 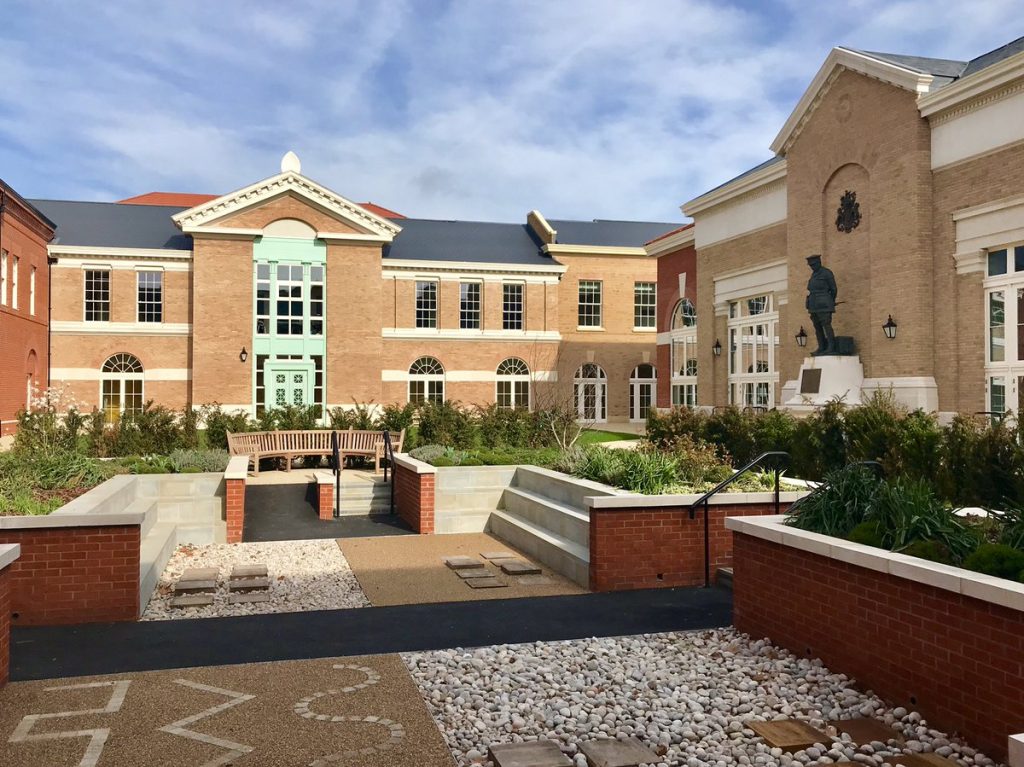 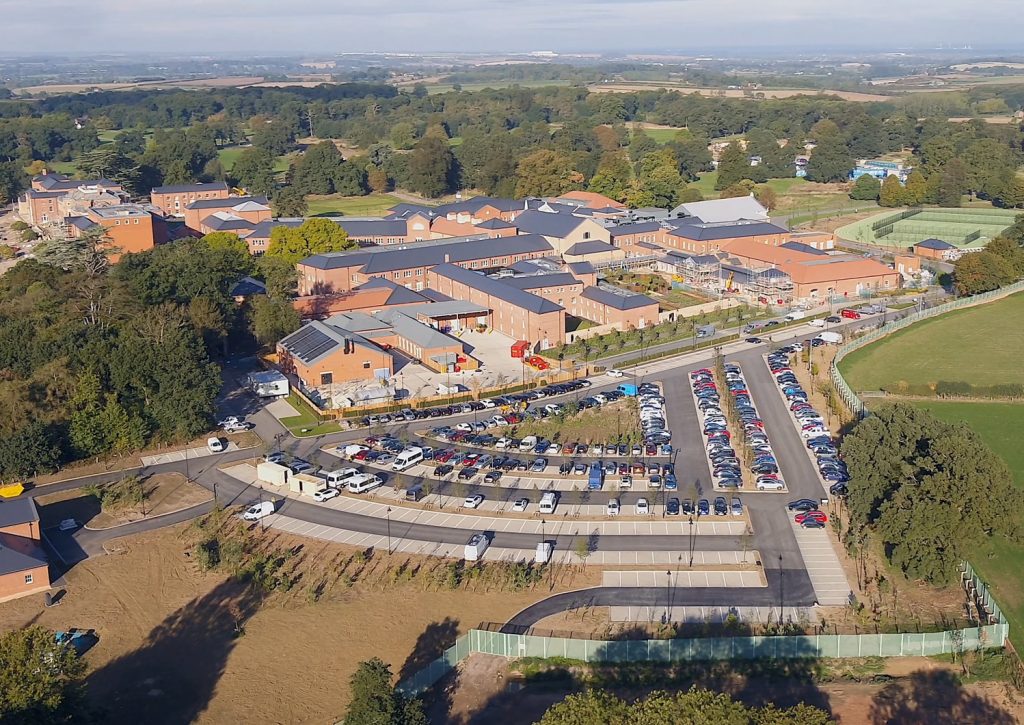